Is it Really the Best Buy? 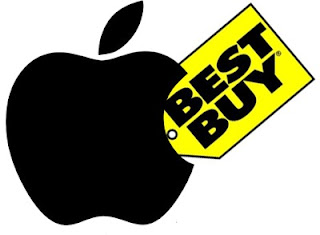 In New York, the Best Buy stores are okay; they will sell you things that you need/want at pretty good prices, but like most big box stores, I think most people would agree, they are soulless. This is not a criticism, but rather a simple observation. I went to those stores because they were handy.

I'll admit that I went to the store here in Portland, because I was used to going there; I pretty much knew that when I went in it would seem familiar (which is, of course, part of the marketing strategy of all such franchise or chain establishments) and I was right. I felt right at home and pretty much knew where everything would be located. I have two surprising experiences to relate:


There's something in the water here, and it works!-)

Evaluation: Extraordinarily sincere!
In Portland Oregon only... Everywhere else, you're on your own.