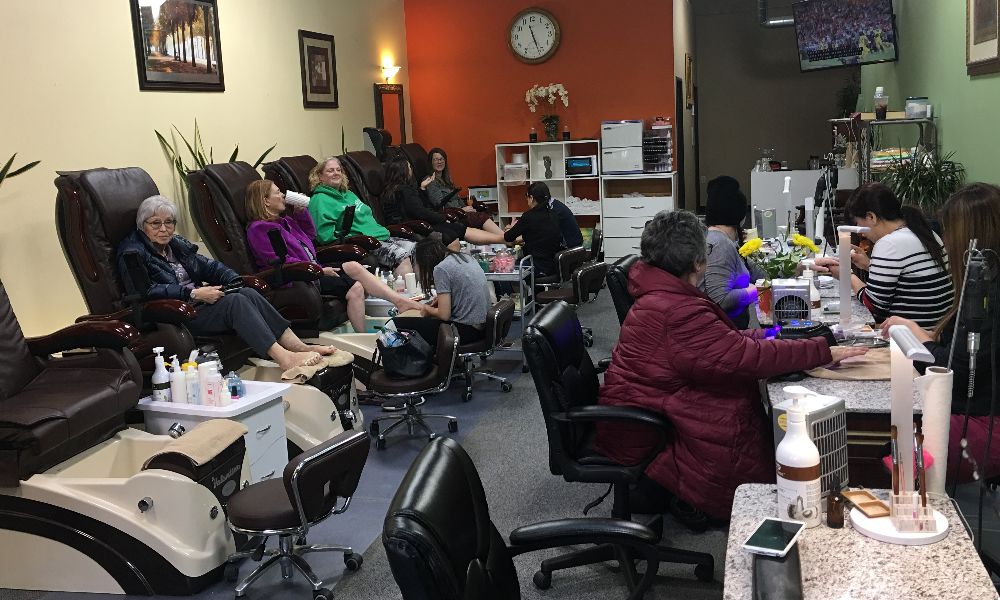 I'm not the kind of gal who always sports a flawless manicure, and I usually only opt for a pedicure in the summer when people will actually see my feet.

I do like to get my nails done every now and then for special occasions, or just to make myself feel fancy. But even then, I tend to just go with the basic manicure and forego the gel, acrylic, French and other specialty types of manicures that exist.

When I lived in that "other" city, the one I swore I wouldn't go on and on about, nail salons were on every corner and they were cheap. By the time I left two years ago, a nice — and I mean nice — manicure could be had in my neighborhood for $10. The pedicure was $15, and sometimes you could get a combo for $20.

Granted, there are plenty of upscale nail salons in that city that charge a heck of a lot more, but in general, it's one of the few things that are significantly cheaper there than in Portland. I guess mani/pedis are pricier here because there aren't as many salons, and it doesn't seem like as many people get them.

Wait — does that go with or against the law of supply and demand?

Anyway, after I moved here, the first nail salon I went to was the one closest to my house, one that I could actually walk to. At the time, a manicure there was $14. The place was OK, and the mani or pedi always turned out nice. But one day, they were too crowded to take me, so I drove to another place a mile or so away and discovered a salon that, while not cheaper, was prettier, friendlier and did just as nice of a job.

Though they seem to do steady business, I've never had to wait and the technicians are just as sweet as can be. They do ask you to purchase your own little kit consisting of a nail file and buff for $1 — a bit more, I think, for the pedicure, which also comes with toe separators — but you can bring the kit back every time. That makes the experience a little more environmentally friendly in that those things aren't being used and then thrown away every time by the salon.

(Speaking of conscientious nail care, I am aware that OPI polish doesn't test on animals, so I tend to choose that brand. Priscilla Nails Spa uses it, as do many other salons.)

Anyway, a Classic Manicure is $15 at Priscilla (which my previous salon now charges, too), and a Classic Spa Pedicure is $25. Both services are done with the utmost attention and care, and leave you feeling pampered and pretty. Of course, Priscilla Nails Spa has lots of other tempting services, including even fancier spa manis and pedis — hot stone, green tea and more — plus waxing, brow and lash tinting, and facials.

They are open Monday through Saturday, 9 a.m.-7 p.m., and Sundays by appointment. Though walk-ins are always welcome, as the holidays approach it might be good to make an appointment during typically busy times of the day.

Priscilla Nails Spa is currently sporting a banner outside, letting you know the business is under new management, but the only change I can see is that they've painted the walls in lovely, soothing colors and freshened the look up a bit. I recognized the same faces among the staff, and they're just as friendly and sweet as ever.

Yes, I know, everyone has their own favorite salon. But if you give Priscilla Nails Spa a try, it may just become your new fave! They'll take great care of you, and you'll always come away happy.